The use of service providers for receipt and dispatch of electronic invoices is rising rapidly.

This isn’t surprising as the benefits for companies are obvious. However, what does happen if customers or suppliers use other service providers? This is why the notion of roaming was established. As is the case with mobile phones, users can exchange information between service providers without being aware of it. 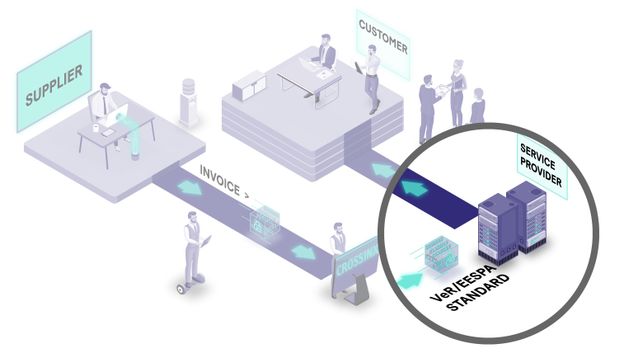 crossinx is one of the pioneers of roaming worldwide and is a joint founder of “EESPA” (European E-Invoicing Service Providers Association) and VeR (Verband elektronische Rechnung e.V.). As a result, plenty of connections to other providers worldwide are already available. Both associations have developed corresponding standards so that connections can be set up with other service providers as quickly and simply as possible.

With the VeR roaming seal introduced at the end of 2014, the Verband elektronische Rechnung (VeR) provided an instantly recognisable, understandable feature linked to stringent technical requirements for proven interoperability between two and more e-invoicing providers. crossinx has had this seal since the very beginning.

We support you with the connection to e-invoicing providers

Our newsletter keeps you up to date on e-bill, tax compliance and our latest product developments. Register now!